What are the con­sequen­ces of the student aid cuts and trans­ferring stu­dents to the general housing allowance? 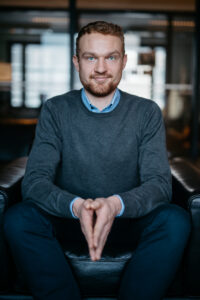 Parliament had a busy week last week as it decided on the government budget proposals for next year. These proposals included historical cuts to student financial aid. However, Parliament did not only make bad decisions. The government also proposed that students be transferred to the general housing allowance.

The cold truth hits us in the face now: From next August, every higher education student – including those having begun their studies before autumn 2017 – will receive 86 euros less per month in study grant. Overall, those who commence their studies next autumn will have ten months less support for their higher education studies than those who started a year earlier as the total amount of student financial aid will be cut from 64 months to 54. For new students, also the number of months allotted per degree will be cut from 50 months to 48 months. The study grant will be cut, but the amount of student loan will be raised. The level of the student loan will be raised from 400 euros to 650 euros per month. The student loan compensation will be weakened as it will continue to consider only 400 euros per month after the 2,500 excess, although the government guarantee for the student loan will be raised by 250 euros per month. To identify a few positive aspects, the penalty interest on the claim for recovery of student financial aid will be decreased from 15% to 7.5%, and the income limits for the student financial aid will be tied to the consumer price index.

Students will also be transferred to the general housing allowance, which for many students will entail a more significant change than the cuts to student financial aid – for better and for worse. The general housing allowance is a housing benefit intended for persons on a low income and can be granted all year round. For 120,000 students, the transfer from the housing supplement to the general housing allowance will entail that their income stays on the same level or increase. The housing benefit will increase with, on average, 59 euros per month. For 54,000 students, the housing benefit they receive will drop by at least 300 euros per year, around 25 euros per month. For 22,700 students, the change will mean that they will receive at least 100 euros less per month. For another 42,000 persons who now receive the housing supplement of the student financial aid, it will entail losing all of their housing benefits.

The most important rationale for the decreased level of housing benefit when the system changes is due to the benefit being granted per household. This in turn means that the total sum of the benefit is affected not only by the income of the applicant, but also the income of their partner. The current student housing supplement is individual, and the income of the partner has not affected the amount of the supplement. The persons who will lose the most in the transfer are cohabiting couples, where one is a student and the other is in working life.

The definition of a household according to the housing benefit legislation depends not only on the relationship status of the applicant, but also a shared responsibility for the rent. Most of the student housing foundations already draw up entirely separate tenancy agreements for persons living in shared housing. However, for apartments on the private rental market, contracts often include a clause on joint liability, even if the tenancy agreements are separate. This makes all those living in the apartment a household. Before the transfer to the general housing allowance, we suggest you negotiate your tenancy agreement with the person renting out the apartment, so that all inhabitants with low income may receive the support they need. Persons sharing apartments could also ponder whether a subtenant agreement would be a good way to solve the contractual agreements between the persons sharing the apartment. Under the law, subtenants are separate households.

In other words, there will be many changes to student income in autumn 2017. The Social Insurance Institution of Finland, SYL and the student unions will strive to offer all students up-to-date information about how the changes will affect the application for and granting of aid, the monitoring of income limits, as well as other questions students might have. Kela will commence communicating the changes in early 2017, after the President has signed the budget bills proposed by the Government into law.