The National Union of University Students in Finland carries out the project in cooperation with the student unions of the universities of Helsinki, Turku, Eastern Finland, Jyväskylä, Lapland, and Åbo Akademi, the University of Arts, and Lappeenranta University of Technology. The joint project challenges students to think about the effects of our own consumer habits and introduces the UN sustainable development goals. In particular, the project introduces students to Goal 12, which focuses on sustainable consumption and production patterns and how to consume in a responsible manner.

As part of the project, all participating student unions organise events and training related to responsible consumption, dealing with, for instance, responsibility in the clothing and electronics industries. These will be held through September to November 2021 and in 2022. The events are organised together with Fairtrade and Pro Ethical Trade Finland. On top of that, there are a lot of interesting blog posts and podcasts coming up. Separate theme weeks for sustainable development will also be organised, led by local coordinators in Helsinki, Turku and Jyväskylä.

The exact dates for the events will be posted on the website later. Depending on the coronavirus situation, some of the events may be held online.

Read more about the project and see the upcoming events here.

The Ministry for Foreign Affairs has granted the project support for communications and global education projects.

A total of 17.6 percent of the Ethiopian population has some degree of disability. Despite the inclusive education policy of Ethiopia’s Ministry of Education, children, youths and adults with disabilities are under-represented in primary and secondary schools, and at university level. A growing number of disabled students are gaining places in publicly funded and other universities in Ethiopia, but the institutions cannot provide them with the support they need. Despite Ethiopia’s commitment to supporting disabled students, means of assistance such as audio books, sign language interpreters and accessible classrooms are often unavailable.

The project is supporting the participation of disabled students in the universities in question, by establishing or reinforcing the institutions’ services for the disabled. The aim is for the universities to continue providing such services and assistive devices after the project. This has worked well in previous, similar projects. The project also aims to reduce gender inequality, by ensuring that both women and men participate in the education arranged through the project.

SYL is working on the project alongside the Ethiopian Center for Disability and Development (ECDD) and the Threshold Association (Kynnys ry), a Finnish cross-disability organisation. In cooperation with the Threshold Association, the ECDD has successfully engaged in similar, previous projects in other Ethiopian universities. To this cooperation, SYL has added the element of trying to enable disabled students to participate more closely in student union activities. This will foster the social inclusion of disabled students. In this respect, use is being made of SYL’s experience in the area of student union activities. On the other hand, the project will provide SYL with the opportunity to learn how to take better account of disabled university students in Finland.

The project is in receipt of project funding from the Ministry for Foreign Affairs. Because the project is assisting disabled people, the Ministry’s funding covers 92.5% of its costs, the remaining 7.5% being covered by donations.

Students participating in the projects

KENKKU’s responsibilities include e.g. planning new projects, monitoring ongoing projects, writing annual reports and monitoring the budget. KENKKU members also share information about the projects within their student unions and on the blog.

KENKKU’s term is from September till the end of August. KENKKU is made up of both new and continuing members to ensure that information is passed on every year. New members are chosen from candidates put forward by the student unions based on predefined criteria. Applications for KENKKU take place annually in April–May.

The majority of Finnish young people worry about climate change. Climate change is precisely what has made us acutely aware of the importance of the global dimension. However, the growing awareness has not sufficiently changed our actions to solve global challenges. The project will therefore combine global actions with everyday choices. What each of us does plays a key role in preventing climate change.

In late autumn 2019, we will organise sustainable development weeks related to the project. Each participating student union will organise a theme week led by a local coordinator hired for the project. During the theme week, various events related to climate change will be organised. In addition, we will highlight the themes on social media. You can participate in the project by applying to become a local coordinator for the theme week (the application will open in April–May) or by becoming a volunteer in your own student union. You can take part in the events during the sustainable development week in Helsinki, Joensuu, Jyväskylä, Kuopio, Oulu, Rovaniemi or Turku. You can tell about the project on social media regardless of where you live or study!

The long-term goal of the project is to improve the social status and income of Mayan women and to reduce income equalities between different population groups.

In its work AMEU makes use of things learned from the previous project and develops new operating practices. At the start of the project four groups for women were founded in four rural municipalities; Acatenango, Parramos, San José Poaquil and Patzicia. We have continued educating groups of women and founding nurseries, as this turned out to be successful during the previous project, and an additional goal is to teach approximately one hundred women skills related to producing and selling avocados. Help will be provided for the women’s group which was founded in Tecpán Guatemala during a previous project in order to sell their avocados. Our partner AMEU will also be strengthened as an organisation. This is important so that AMEU’s work has a stable basis to stand on when the cooperation comes to an end.

The second year of the project has already shown that, in addition to providing financial opportunities, the project also is of great social importance. In Guatemala, and particularly in the countryside, women do not usually work outside the home, and men are expected to feed the family. This also means that women are not offered the same opportunities for education as men, and at the start of the project many of the husbands doubted what use it would be to direct the activities towards women. Now, however, the husbands may even offer to look after the children so that the women can participate in the training. In addition to education in production and sales, the women also receive information about their rights, and they are encouraged to protect the environment. The trees that are planted bind carbon dioxide and prevent soil erosion. The increase in income also reduces the need to chop down the local forests for firewood.

In 2012–13 SYL carried out a development cooperation project in Guatemala which helped to strengthen the Maya community’s risk management capacity for natural disasters. The project was carried out in the department of Chimaltenango, in the municipalities Tecpán and San Andrés Itzapa, and it is the continuation of SYL’s project from 2008–2010 which focused on mapping out the susceptibility to risk and developing readiness to deal with crises. You can watch a video about the project here.

Guatemala is located on the isthmus of Central America, and the country is exposed to various natural catastrophes, such as hurricanes, volcanic eruptions and earthquakes. Deforestation causes erosion and landslides and destroys groundwater resources. Guatemala is one of the poorest countries in Latin America, and approximately 75% of its inhabitants live in poverty. In the countryside and amongst the indigenous people the poverty figures are even higher.

The aim of these theme weeks is to persuade university students to think about global development issues. Students will also be told about ways in which they personally can make a difference. Every year tens of events are organised during the theme week, and these have seen on average 8,000–10,000 participants.

Children in Mozambique have poor reading and writing skills. There are many reasons for this: there are not enough teaching materials for the children, classes are large, the infrastructure of the schools and the teachers’ teaching skills are insufficient, and parents do not make their children’s education a priority. Even though the government of Mozambique is working to develop the education sector e.g. by building schools and training new teachers, the entire school system cannot be changed in an instant.

The aim of the project is to improve literacy among first and second year pupils in primary school. To achieve this, we have bought 2,628 textbooks and other teaching materials and developed the pedagogic skills of 64 teachers. This is particularly important as the teacher training for the first few years of primary school in Mozambique only requires a few years of study after secondary education. The pedagogic skills often play a minor part in teacher training as the students focus on learning the content of their subjects. The teachers in the project schools estimated afterwards that the project activities had supported children’s learning and particularly improved their motivation.

It was also emphasised to the parents of the pupils how important their support is for their children’s education and future. The pupil’s enthusiasm for reading and writing was supported e.g. by starting fairytale groups in the project schools. Our partner AFORTALECER also began carrying out advocacy work to improve the quality of education in Mozambique. The organisation was able to awaken an interest for the project’s operating model amongst the local education authorities.

For a long time IEC has worked with poor, secluded communities. The organisation focuses particularly on promoting education and democracy in regions with inadequate social and economic structures. Mongolia is one of the most sparsely populated countries in the world, and around half of the population have a nomadic or semi nomadic lifestyle. The nomads still spend part of the year moving around from place to place with their yurts and livestock. The nomads living in the Mongolian countryside are exposed to changing weather conditions and the destruction of the environment caused by e.g. mining. This makes it difficult to carry on this traditional occupation and causes unemployment both in the cities and in the countryside. The population in the most secluded regions also have very limited possibilities to access information to improve their conditions.

The project of 2012–2014 aimed to intervene in these issues in two different areas; the Songino Khairkhan district of Ulaanbaatar and the Arkhangai province in the countryside, by founding community groups. The groups start businesses who offer services from felting to garages and nurseries. They also bring initiatives to local decision makers in order to develop communities. The groups are still in operation, but they still need support to become official businesses. 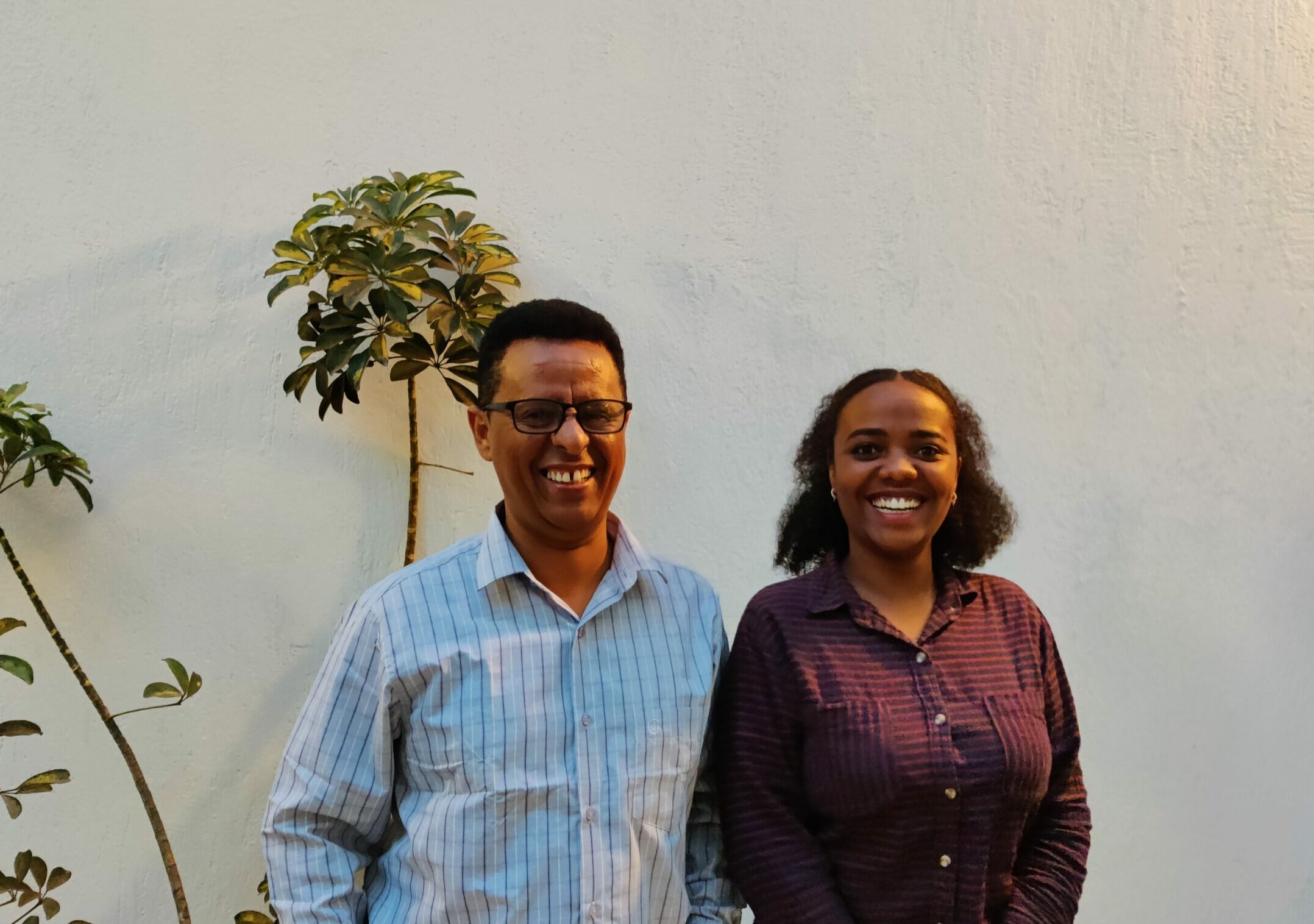 Stories from a project monitoring trip to Ethiopia – one project ends, but the work for the rights of students with disabilities continues 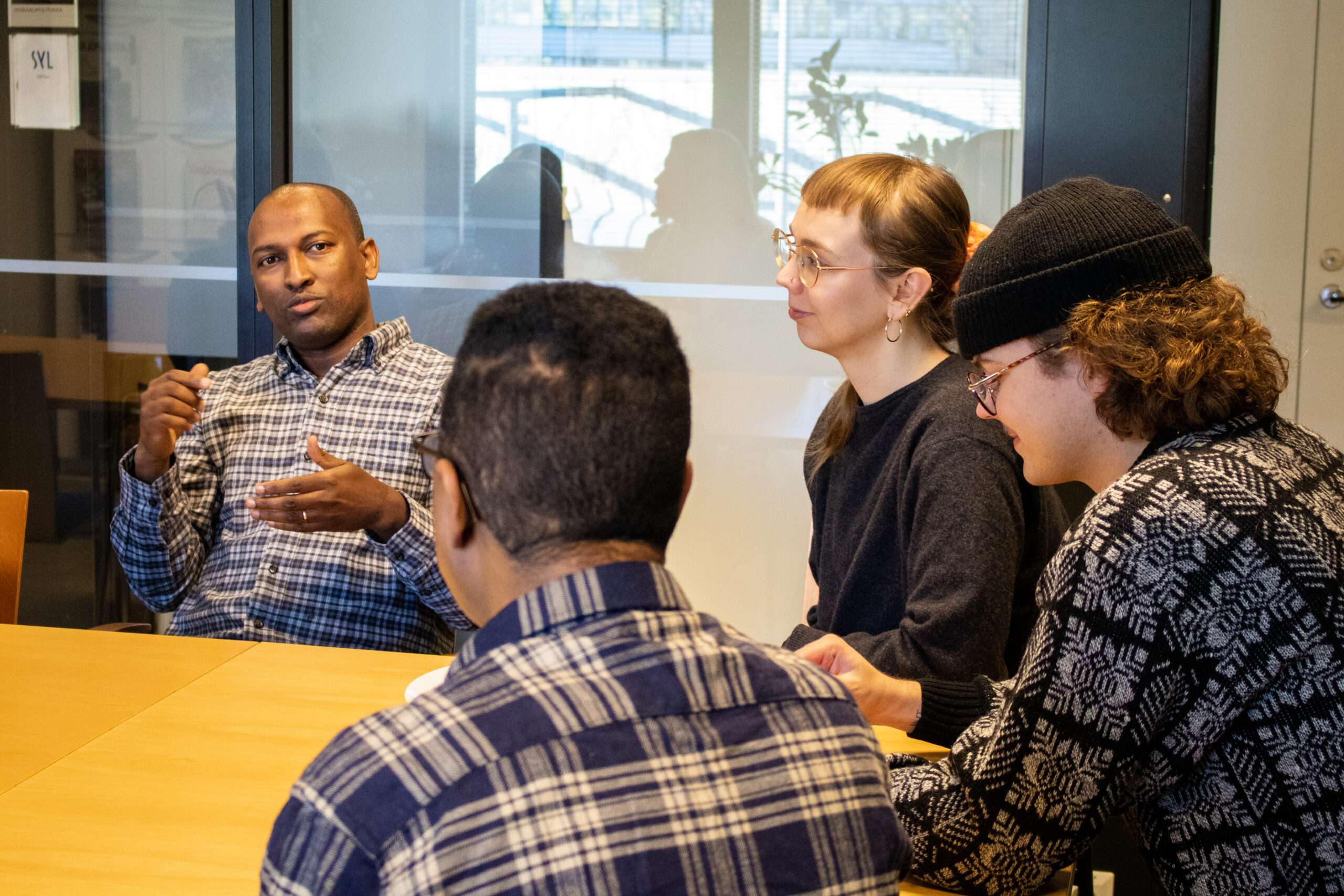