I would not do the SYL General Assembly justice by trying to describe it through clichés that we can all recognise. Each General Assembly participant will have a more descriptive anecdote from the event in their back pocket that anything I could come up with. The entire university student movement will notice that the General Assembly is approaching through the increasing workload, the diary filling up and time speeding up inexplicably. For me, however, this upcoming General Assembly (only the second one in my career) is above all about the emotions.

As we get closer to the General Assembly, each day brings up memories of my own time as a candidate and the expectations I had, excitement at seeing the results of my work on the Board, and of course nostalgia at the end of my SYL year. Soon, I will join the alumni in endlessly repeating what an incredible experience SYL was and how much you can get out of that year (because it was, and you can). That is why I first want to send some encouragement to those running for Board positions in the General Assembly elections; the entire Board is rooting for you.

In the midst of my premature nostalgia I am also looking ahead towards next year and I can see that this General Assembly is more than just a meeting. It is our final General Assembly before we dive into the election spring, before the new Government term, and before the direction for the new decade will be drawn up. That is why I also think this General Assembly is a kind of litmus test for the university student movement. The guidelines that will be drawn up this autumn will take the entire movement through at least two, potentially three elections which will have a strong focus on generation policy themes, such as the social security reform and of course climate change. That is why I want to send a second lot of encouragement to everyone who will be working on the upcoming year: I wish you a good hibernation before the spring. It is now the students’ turn to start the drumming, because no one else will do it on our behalf.

I also have to mention that as increasingly colder political winds are blowing all over the world, my appreciation for the democracy education provided by the university student movement has been strengthened even more. In my opinion, the General Assembly is the movement’s most concrete feat of strength in regard to raising entire generations to learn and understand social influence and the value of their own voice in a varied society. While democracy is in crisis in other parts of the world, it is more and more important for us to remember that the university student movement is at its strongest when it is united, and that we have to continue to strive for unity.

That is why I am also thinking about the internal dynamics of our community as we approach the General Assembly. This year, SYL has made even more of an effort to increase equality in its events, both in regard to language issues and being a feminist organisation. We have drawn up SYL’s Safer Space Policy for our events, including the General Assembly, and our harassment contact persons will also be available again this year. Among other things, the instructions we have drawn up emphasise that it is important that all participants are able to trust that we will listen to and appreciate their experiences, and that everyone is equally committed to the Safer Space Policy. This way, any conflicts within the community can be handled in a reflective and constructive way, and everyone can feel welcome there.

The aim of the instructions is also to make participants examine their own behaviour and take responsibility for it. That is why I would like to encourage all General Assembly participants to reflect on themselves and our community ahead of time and I would like to remind everyone to provide feedback. Throughout its history, the university student movement has been able to show that it is prepared, hard-working and ahead of its time, and we as a community must also be able to achieve this in our gatherings and our attitudes towards each other.

That is why I would finally like to send some encouragement to all the participants of the General Assembly: this is our General Assembly. Let’s make sure it resembles us. 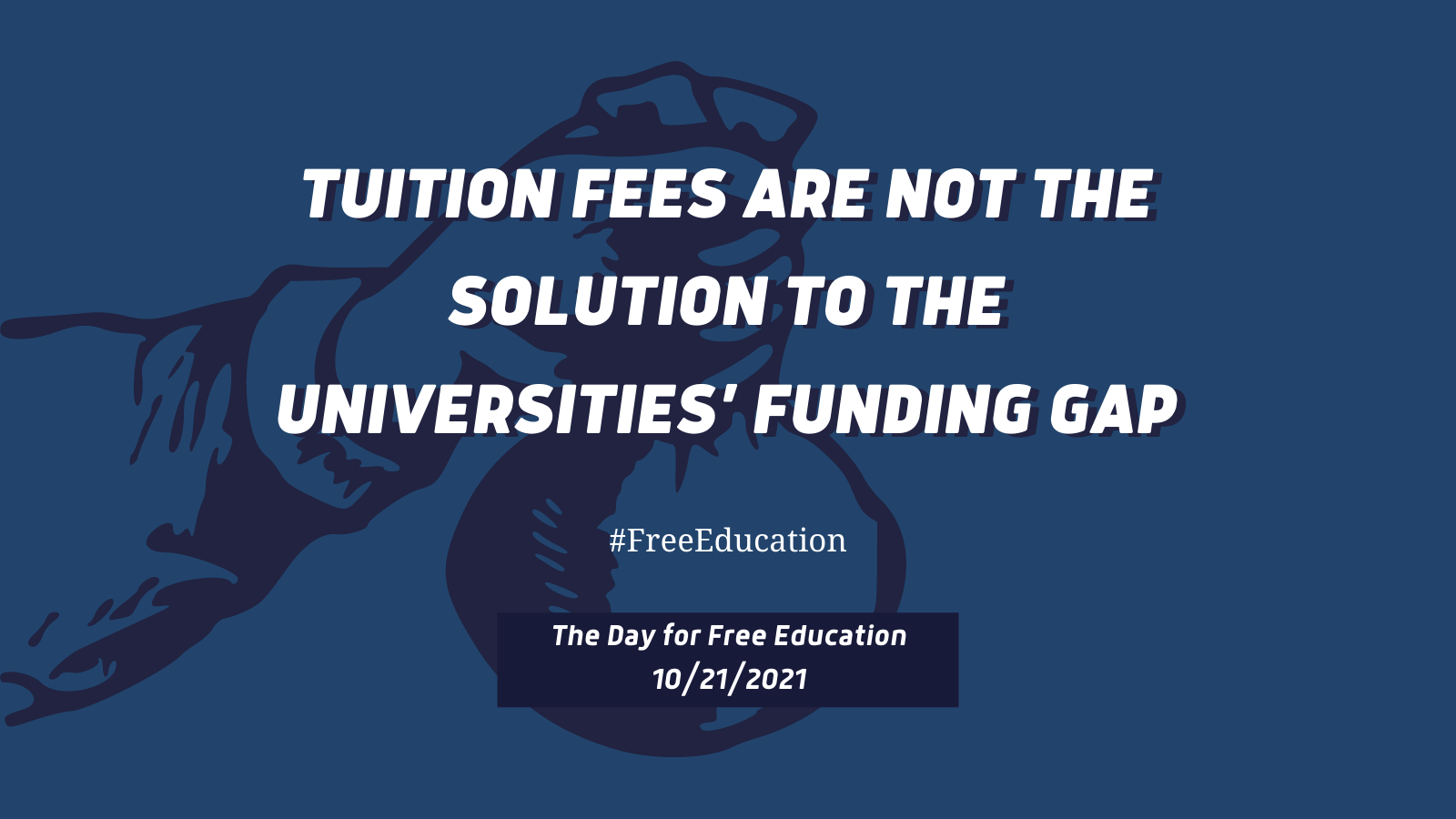 Tuition fees are not the solution to the funding gap

Student communities as pioneers of responsibility – what we can all do

Towards inclusive education in Ethiopia